I started another boat project 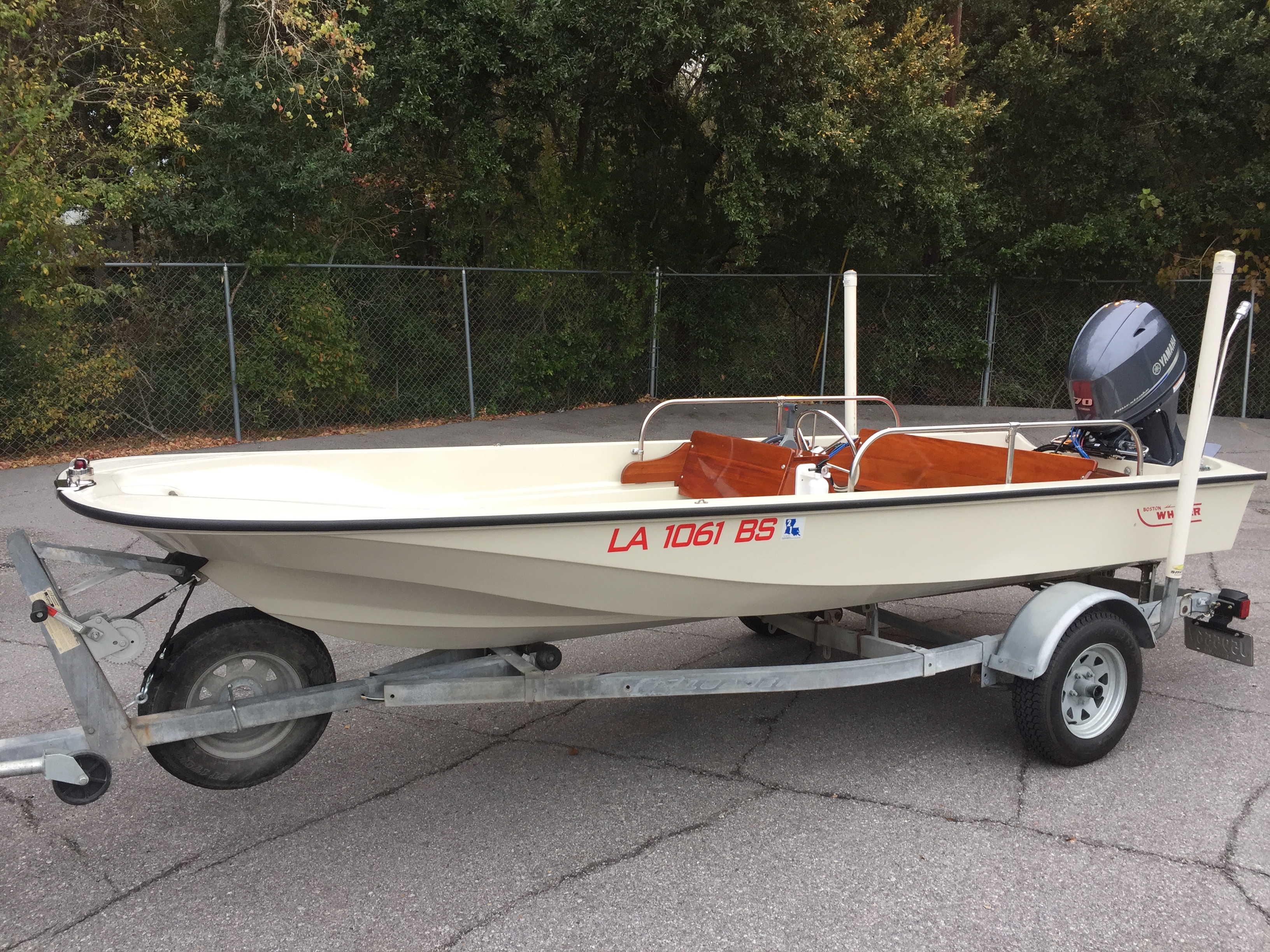 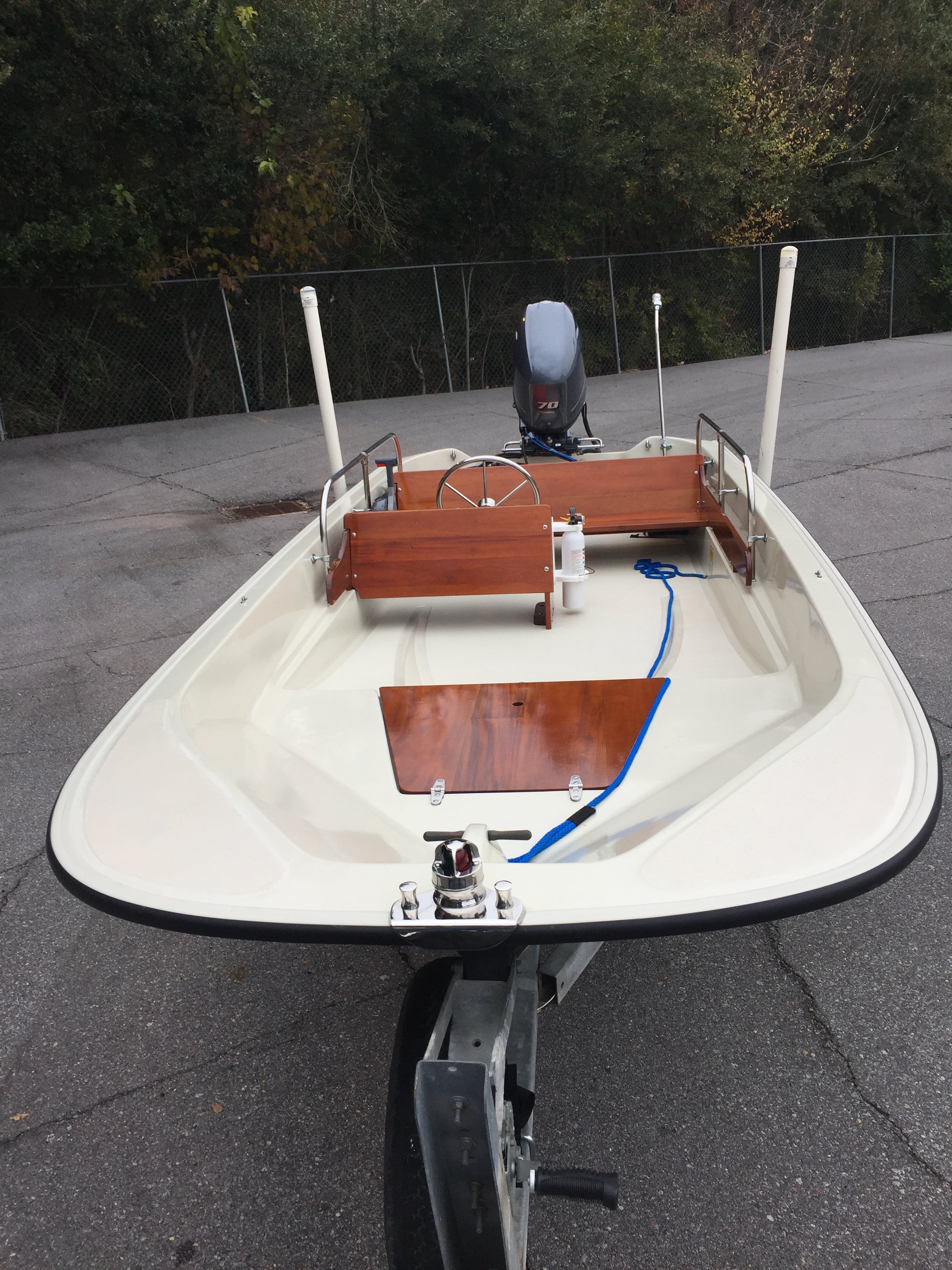 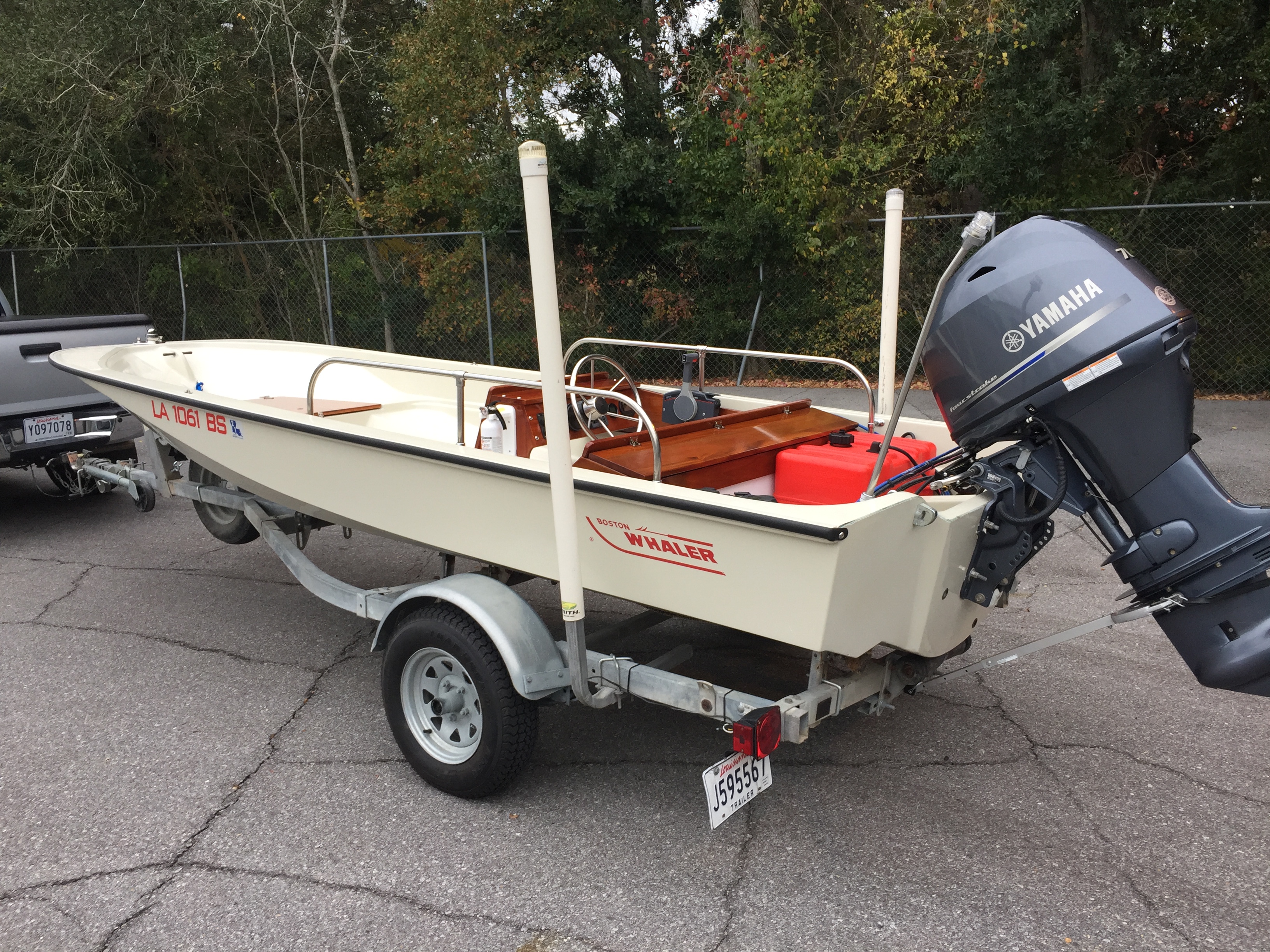 Thanks guys. I wish I could take credit for the varnish work but I must admit I purchased the wood pre-cut and varnished.

Tommy
Did you do any glass work on the boat. She looks like it just came out of the factory. My oldest Son is looking for Whaler. Any suggestions on where and how to look?

Thanks Jim, just a small amount of glass work. The previous owner had a trolling motor on the bow and must have attached the wood under it with 5200 in addition to the screws. It peeled off some gel coat and the factory non-skid. I was willing to tackle gel coat but was not willing to attempt repairing the non-skid pattern. I brought it to a pro and he failed at it too so the bow just has a mix in non-skid and it doesn’t match the pattern. I haven’t had anyone notice it yet. Other than that work, I polished out the rest of the hull inside and out. I also added hydraulic steering, new bow light, new rubrail, all new instruments, re-wired all, added a bilge pump, and lots of trailer work in addition to the entire new interior wood.
As far as buying a Whaler, there are lots on Craigslist. I looked at several but ended up buying this one from my barber. It was mostly kept in a garage but the 33 year old wood was in pretty bad shape. The Yamaha 70 motor is a 2014 but only had 119 hours on it when I bought it. Tell him to check whalercentral.com and CONTINUOUSWAVE.com for boats that are for sale which have been well cared for. Tell him to make sure he finds one that is not water-logged. Most are not but there are a few out there that have had water intrude into the foam. The best way to tell is to weigh it. Weights can be found on the websites above.
I can tell you that even though I knew the seller, I paid full value.
Last edited: Dec 9, 2018
You must log in or register to reply here.
Top