Menu
Log in
Register
Install the app
You are using an out of date browser. It may not display this or other websites correctly.
You should upgrade or use an alternative browser.

A Brief History of this Morgan38.org Web Site

Staff member
Here is a quick record of the history of this site - most of it I gathered from reading the posts.

Newsletter
Initially, a Morgan 38 owners ‘Newsletter’ was created in the Fall of 1997 by Lenny Reich. These are still very good reads, and you can find the original Newsletters here: http://www.morgan38.org/morgan38/in...nal-morgan-38-owners-group-newsletters.14940/
The Newsletters ran through the Summer of 1999.

M38 Board
Overlapping somewhat with the Newsletters, a new message board was started, called the ‘M-38 Board’. It ran from January 1998 through June 2001, I think this was managed by Alan Tigner. The system was not run on any commercial software system, and used scripting to create posts, etc. 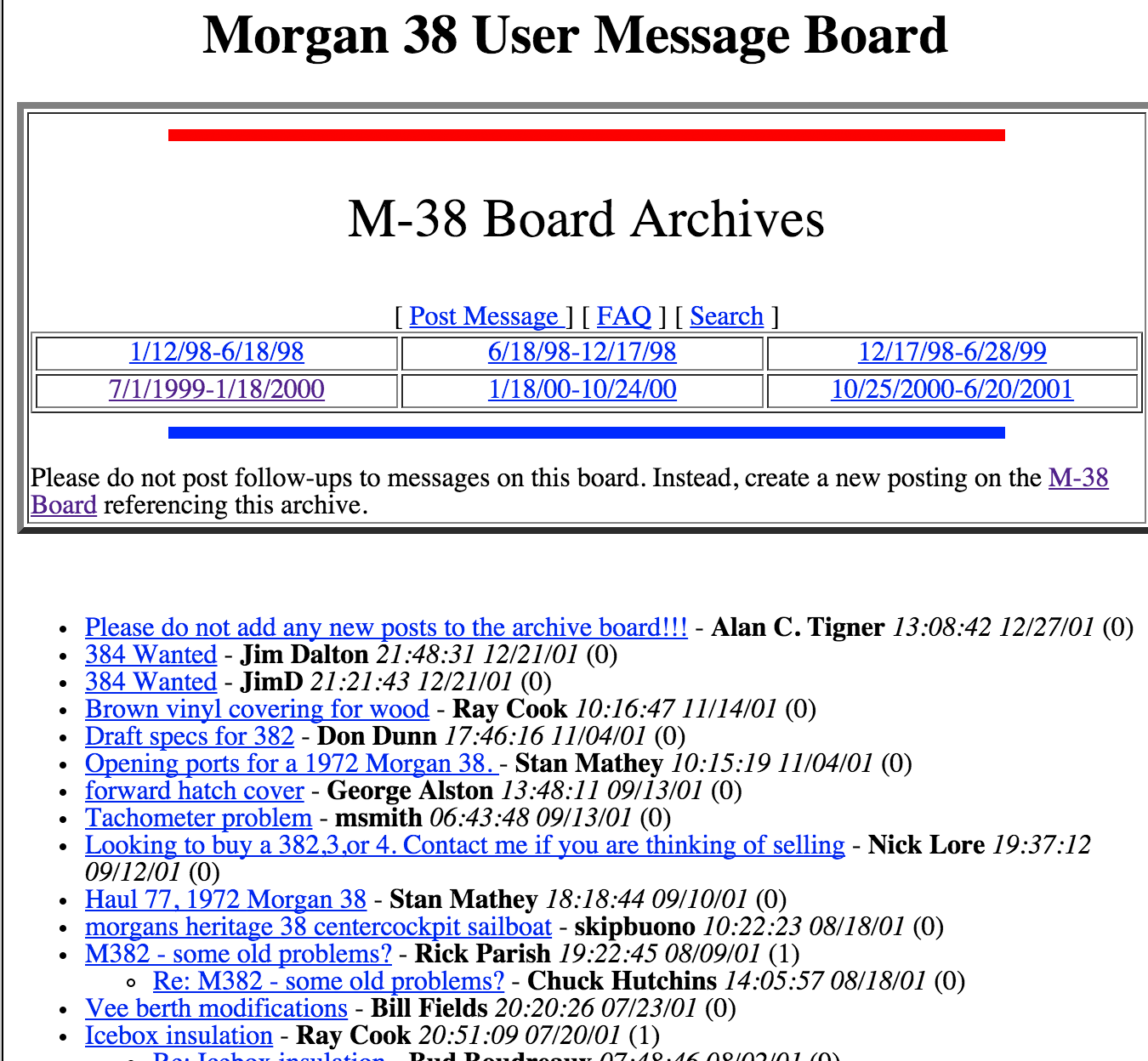 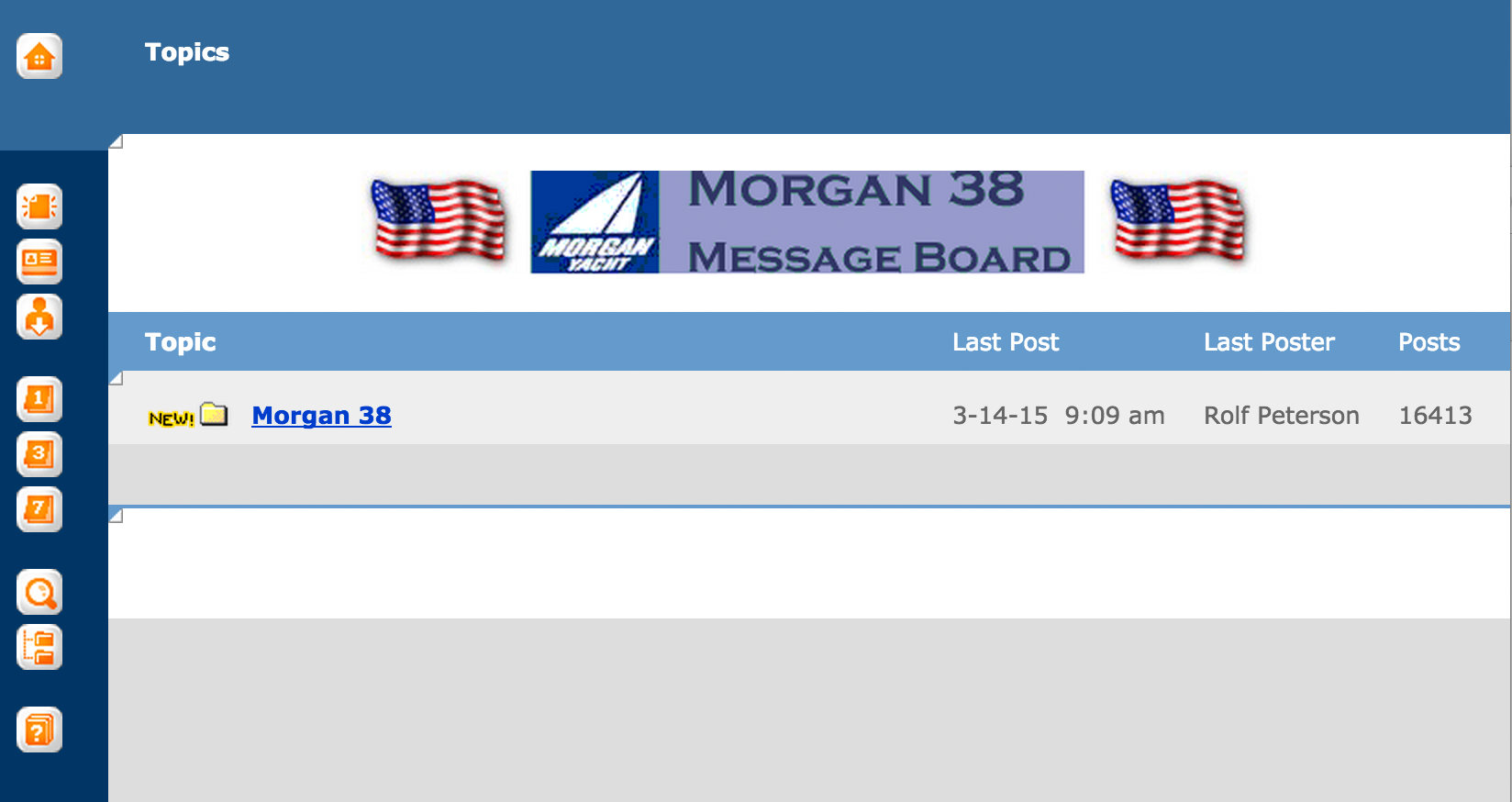 Morgan 38 Forum using xenForo and Database
In April 2015, the system content (from Newsletters, Board, and Discusware) was migrated into new forum software called xenForo, and the contents were stored in a database. Mark Pearson did the migration & became the new forum admin, and the system continued to run on Larry Brown’s servers. The new system uses standardized software and databases, so in the future, migrations to any new system will be easy. 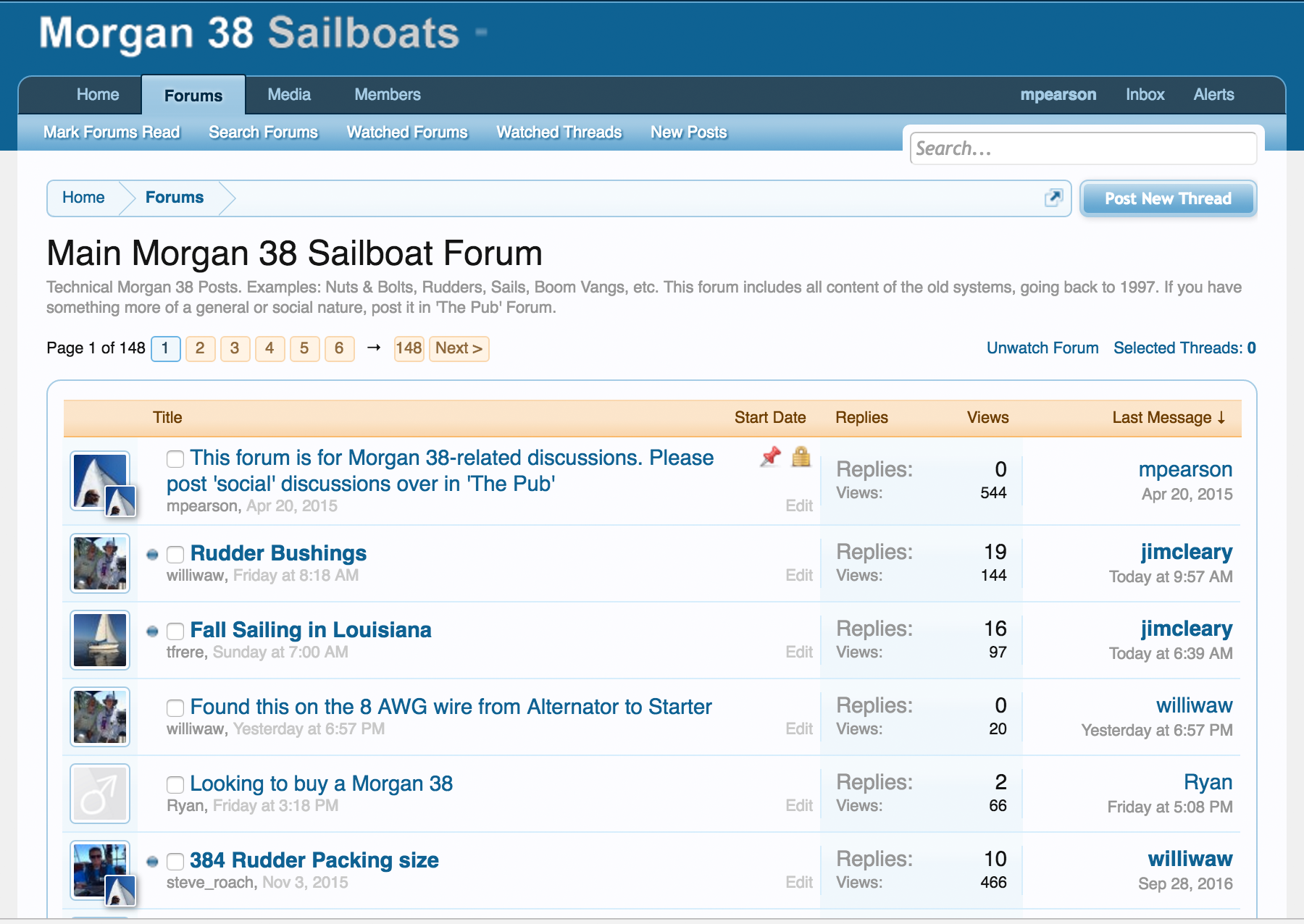 In October 2016, the system was moved off of Larry Brown’s servers onto Mark Pearson’s servers. Mark is actively seeking another Morgan owner (who is IT savvy) to be backup admin. Please contact Mark if you are interested.
Last edited: Oct 5, 2016
You must log in or register to reply here.
Share:
Share
Top